American, British, French or German? We want to know about it.
Post Reply
7 posts • Page 1 of 1

I owned one of these, the Victory without the header box. It's a Sega Windsor and I paid 75 quid for it in a lot better condition than that. The thing I didn't like about it was it actually didn't depict the HMS Victory, but more of a Mary Rose, a tudor ship from the 1500s heading up the Thames where the Tower Bridge (depicted on the belly glass) hadn't even been built. It was constantly playing up as it had an electric coin mech and solenoids.
Top

I have just purchased a Sega Victory hopefully to repair & restore. It also has the Silver Victory top box but that's detached at the moment.
This is the first Windsor type cabinet that I've owned and I can see it's missing a few parts but I'm surprised how heavy it is, even without the top box.

The plan is to remove the mech and start work on the case to remove the components so I can get it blasted and powder coated.
Please could anyone advise if the mech is supposed slide out on rails on this type of cabinet? I have undone the 2 front catches at the base and it seems to be free on the left side but jammed pretty solid on the right. Before I apply some gentle persuasion with the rubber mallet, are there any further catches or locks that I am missing which secures the mech in place?
Thanks
Top

I bought one of these in 1992.
If I remember corruptly apart from the securing lugs there's also a rigid plug, probably built into the mech chassis that needs to line up with its opposite number. They are multi pin and need to fit perfectly, check that first.

Well, I had an interesting puzzle trying to remove the mech.
Opening the spring loaded catches at the front of the base plate I was expecting the mech to slide out freely but it was still held solid on one side.
In the end I resorted to unscrewing the latch plates from the base of the mech and hey presto the mech slid out no problem at all.
Seem's strange as the even with the latches open the mech appears to be clamped in place by the u shaped bracket on the front of the latch plate? 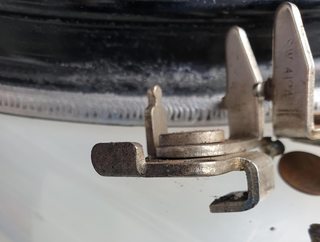 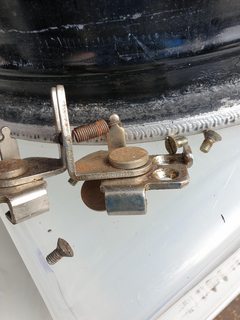 Anyway here are few photo's of mech removed from the case. I think it is missing the coin tube and possibly the reject button from the top of the coin mech but would be greatful if anyone can advise if there are other parts that I will need to source - Thank you. 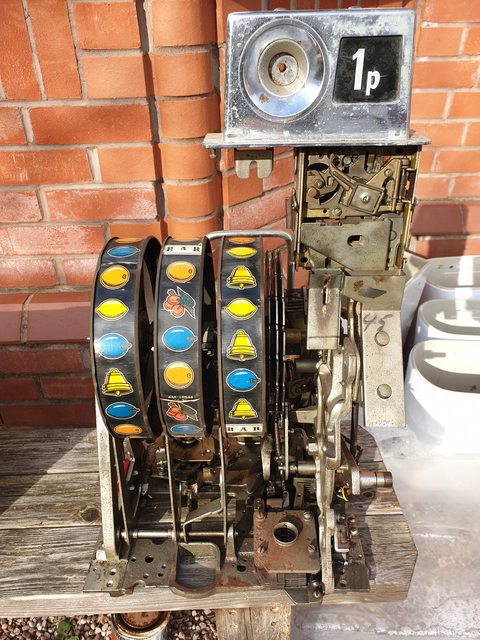 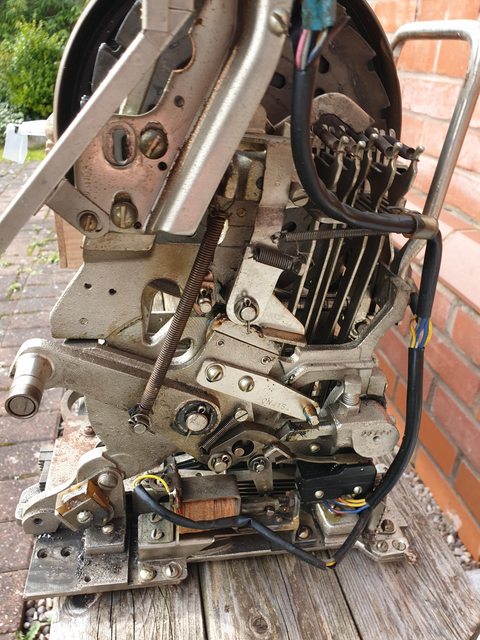 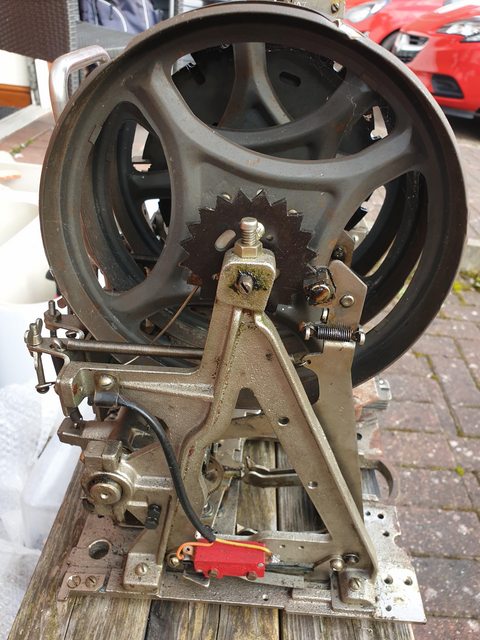 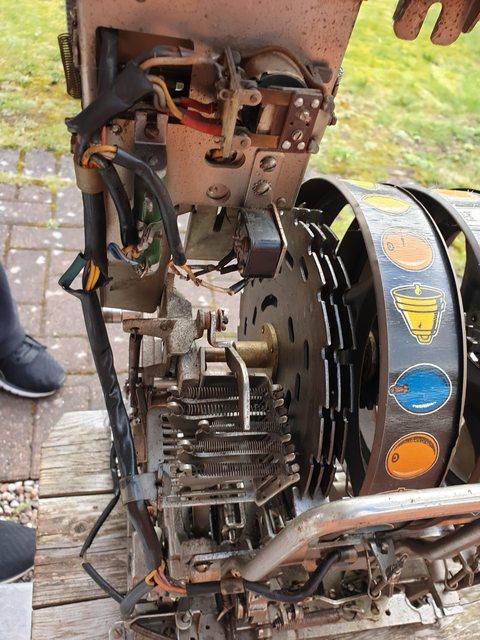 I like these Windsors. I've had several and they scrub up nice. My guess is you could make a good job of this machine without spending out loads of cash on blasting and powder coating.

The question about missing parts boils down to "was it working ok before you removed it from the case". The electrics will be a mystery until you have tested them out. The coin tube is easy to replace and the coin acceptor is a late style and pretty indestructible, but may have a magnet in it that will trap many of the later 1p coins. Keep us informed.

Get some switch cleaner in readiness for the micro switches. I think from memory, there are two: one on the right side of mech that allows the anvil to engage so you can pull handle and spin reels, and one on the left for end of play. These switches work in unison; they also light up the insert coin and coin accepted light in the top glass. I had one exactly the same as this, and it took some working out, and it was only the micro switches that were dirty. Gave it a good spray and it all cooked into life. I used Servisol switch cleaner, but plenty of other makes out there that will do the same thing.
Top
Post Reply
7 posts • Page 1 of 1

Return to “Let's Talk about Slots”

Users browsing this forum: No registered users and 15 guests